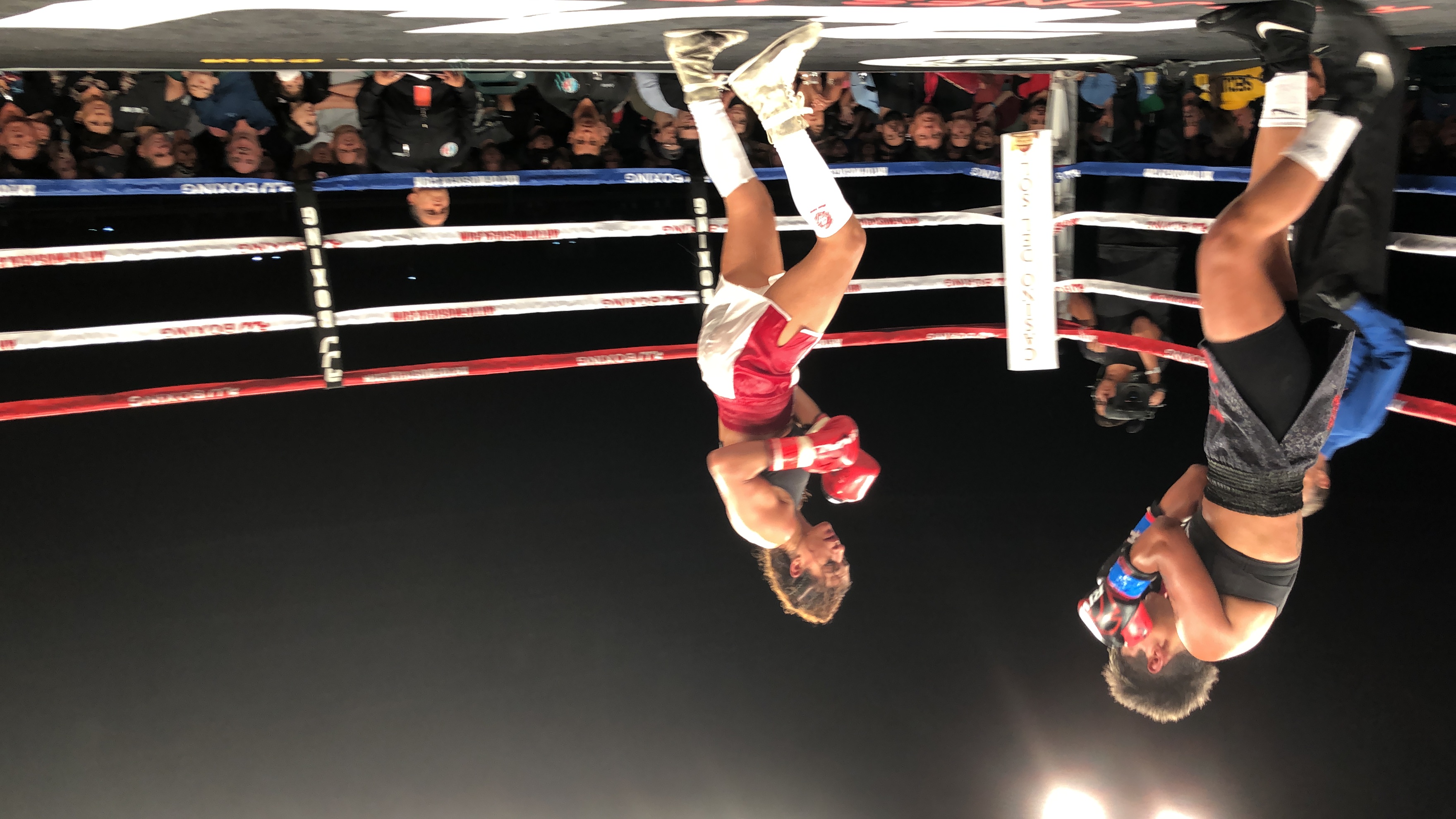 (Tucson, AZ)  In the first bout of the evening in the vacant Super Welterweight Division  Madiyar Ashkeyev against Cecil McCalla’

Both boxers came out wanting to set the tone and. Although McCalla had a slight height and reach advantage, Ashkeyev kept the pressure on.

Neither fighter was going for the body, but rather choosing  to go upstairs to the head.

McCalla began to assert himself in the fourth round as hit punches to the head of Ashkeyev started to find their target.

Knowing he was behind in the bout Ashkeyev came out in round six with a couple of body shots to lower the gloves of McCalla. 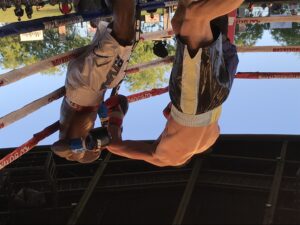 The bout went back and forth until a Ashkeyev hard shot to the body buckled the knees of McCalla. After that opening, Moya continued to pin McCalla against the ropes and tide was turned.

The final round was all action as both boxers knew the fight was close and wanted decision maker punch to put them over the top.

The decision went 97-93, 98-92 and 98-92 in a unanimous decision for the new NABF Super Welterweight Champion Madiyar Ashkeyev.

The first televised fight was next on UFC Fight Pass featuring Nicholas Rhoads  (5-0 2 KO) from the Old. Pueblo and Eduardo Ayala(4-0 ! KO) from Phoenix in a four round Heavyweight bout. 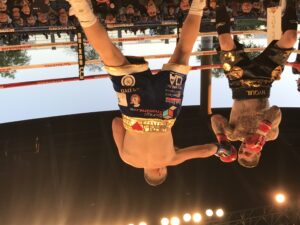 Ayala looked to  be they aggressor as the face of  Rhoads’ face had taken a few head shots,  although not cut or swollen was beet red.

Ornelas who is signed with Roy Jones Jr. had a 3-4 inch height advantage and used it to his advantage to start the bout. This bout was scheduled for ten rounds, but that wouldn’t be the case. 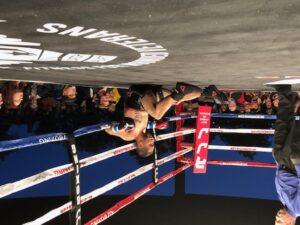 Ornelas knocked down Rangel midway  through the second round and then continued his assault against the ropes and at the 1;24 mark of the second round the fight was stopped and Ornelas was credited with a TKO.

The ladies took the stage next for the Main Event as Ikram Kerwan (9-1 5 KO) from Frankfurt Germany and the current WBA Champion Simone Da Silva (15-12-6 KO) hailing from São Paulo Brazil squared off in the  Main Event scheduled for 10 rounds. 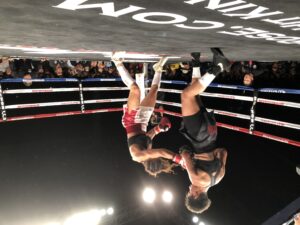 Da Silva immediately took command as she had Kerwan on the run retreating as she cut off the ring.

In the 3rd round, Kerwan came out much more aggressive and went toe to toe with the Champ. 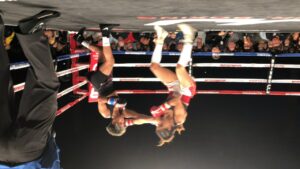 Da Silva wary of the big shots from Kerwan played “cat and mouse” until she found her openings and then went on the attack in the 6th round.

Round 7 featured both boxers getting their shots in but a overhand right to the head of Kerwan  just before the bell made it’s mark.

Da Silva returned the favor in the 8th round by landing a solid overhand right  to Kerwan’s head. This was easily the best fight of the night with both fighters landing punche, but Da Silva still was ahead. 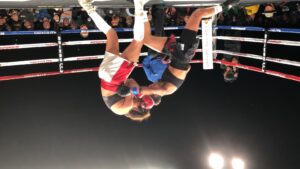 The final round Da Silva went to Kerwan’s head with a nice  combination, but Kerwan withstood the punishment. Da Silva was  stacking up points as the fight ended.

The Tucson crowd  was loud and was estimated at around 1200 on a graduation Thursday night.