The Pima Community College Athletic teams are making their presence known this season and it is showing in the NJCAA National rankings.

The Aztecs men’s basketball team is ranked No. 1 for the first time in program history in the NJCAA Division II preseason poll released on Monday. The Aztecs first regular season game is on Friday, Nov. 9 against Arizona Christian University JV at the West Campus Aztec Gymnasium. Tipoff at 6:00 p.m.

The men’s soccer team (20-2) is ranked No. 3 for the third week in a row in the latest NJCAA Division I national poll. The Aztecs play Laramie County Community College (WY.) on Friday at 7:00 p.m. in the NJCAA District I Tournament semifinals at Kino North Stadium.

The women’s cross country team jumped five spots to No. 8 in the latest NJCAA Division I national poll. They will compete at the NJCAA Divbision I National Championships on Saturday, Nov. 10 at the Buffalo Dunes Golf Course in Garden City, KS. The women’s race will be at 10:00 a.m.

The football team (6-1) moved up three spots to No. 11 in the latest NJCAA national poll. They will play at No. 8 Snow College in Ephraim, UT on Saturday at 7:00 p.m. A win would secure the WSFL conference title for the Aztecs.

The women’s basketball team will open the 2018-19 season ranked No. 14 in the NJCAA Division II national poll. They begin regular season play on Saturday against Grand Canyon University Club team at the West Campus Aztec Gymnasium. Tipoff is at 6:00 p.m.

The men’s cross country team dropped two spots but were still ranked No. 22 in the latest NJCAA Division I national poll. They will send Luis Tarazon and David Veloz to the NJCAA Division I National Championships on Saturday, Nov. 10 at the Buffalo Dunes Golf Course in Garden City, KS. The men’s race will be at 11:00 a.m. 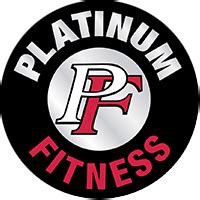